CHOC Adventure in the Park


Giving Back Through Gratitude & Celebration of Life
Our story is inspired by the life of a remarkable little boy and the unforeseen impact of an extraordinary hospital. Thanks to the annual CHOC Walk in the Park, for the past 21 years our family has been able to celebrate our son and give back to the one place that gave us so much. Robby was born in 2001 with a congenital condition that obstructed his airway. He struggled to breathe from the moment he was born. Within a few hours, the physicians knew his condition was serious and he was transported by ambulance to CHOC. They rushed him into surgery to perform an emergency tracheotomy. The fear and uncertainty we felt in that moment as first-time parents were overwhelming, but we were assured he was in good hands.
We spent the next several weeks in the neonatal intensive care unit (NICU).  The team of doctors, nurses and specialists were focused on ensuring he continued to thrive, while at the same time training us on caring for a newborn with a tracheotomy. All along, CHOC providers were knowledgeable, patient, compassionate and reassured us every step of the way. After several weeks at CHOC, we came home to a nursery room filled with medical supplies and monitors. After six months, Robby had surgery to remove his trach, followed by multiple surgeries and monthly check-ups with specialists to open his airway. 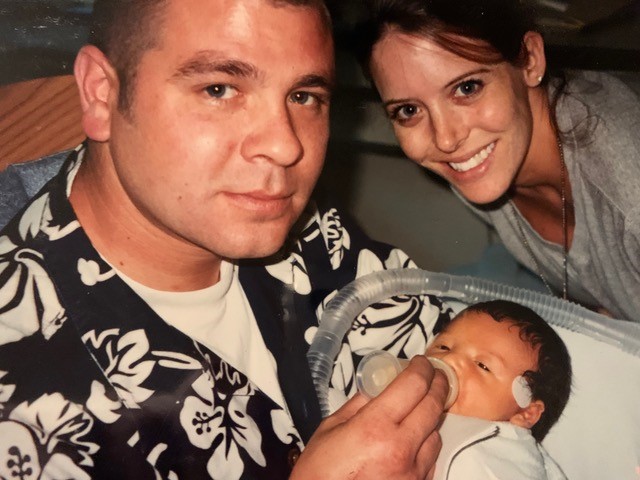 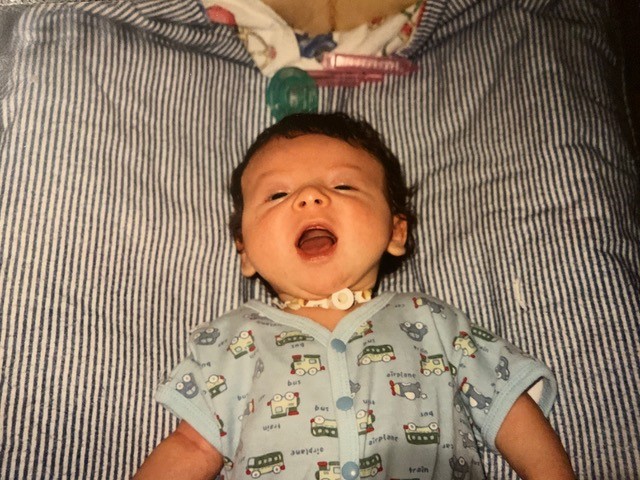 Given all of this, he never once complained. Like most kids, Robby was resilient; his strength and courage way surpassed ours. Robby was a very energetic, kind, and goofy child. He always had the biggest smile, asked a million questions, told a lot of jokes, and had a way of making everyone feel special. He would ask about your day and be sure to include you in his prayers at night. He loved goofing around with his little sister, playing baseball, cruising the cul-de-sac in his battery-powered jeep, and of course Batman. He was always dressing up and pretending to be his favorite superhero. Never realizing that he was already our hero.

Our lives were forever changed in 2006 when Robby unexpectedly passed away in his sleep less than a month after turning 5. Facing the devastating reality of our son’s death was unbearable. Our lives were forever changed and we found ourselves living a “new normal". Robby’s joy was contagious and his heart was huge, which motivated us to honor and celebrate his life. We held annual celebration of life gatherings at our home with friends and family which was our opportunity to grieve, share his story, say his name and express our gratitude for the doctors, nurses and specialists that were such an integral part of his life and ours during those first five years.

We learned of the CHOC Walk while Robby was in the NICU. Our first walk was in 2001 with my mom and two of my close friends. It wasn’t until his passing in 2006 that team Robby Batman Gomez was formed and continued to grow every year. Gathering family, friends and members of our community together to celebrate our son at the CHOC Walk became the highlight of our year. Our daughter Emily was 3 years old at the time, and she quickly learned the importance and excitement surrounding the CHOC Walk, not to mention a morning at Disneyland with all her favorite Disney characters! Our third child Matthew was born in 2008. Although he never knew his big brother, the CHOC Walk has allowed him to be involved in something bigger and share his brother with others. 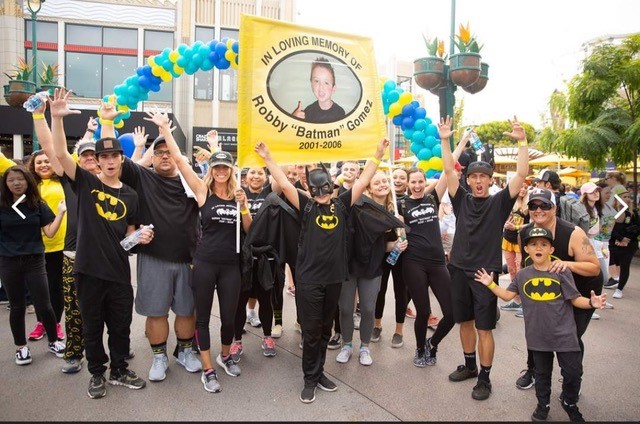 "Our desire to honor Robby’s legacy and continue the sense of community that lifted us during our darkest time moved us to action."
The CHOC Walk is a time for us to reflect, celebrate and express our gratitude. I am overcome with emotion as we kick-off the morning walking down Main Street surrounded by our team of love and support, holding signs and cheering his name for all to hear. Every team has a name and every name has a story. Every sign, banner and shirt provide a sense of community, celebration, compassion and hope.

The first 12 years, our team raised close to $100,000 through donations and various fundraising activities like car washes and restaurant give-back nights. Our desire to honor Robby’s legacy and continue the sense of community that lifted us during our darkest time moved us to action. With the help of talented and gracious friends, the Robby Gomez Foundation was created in 2018 - a non profit organization focused on raising money for CHOC and families in need within our community. Our largest fundraiser is an annual golf tournament. Over the past five years, this one event alone has raised $100,000 for CHOC and an additional $15,000 that we have donated to local families in need. None of this would be possible without the generosity of so many people who have either felt firsthand or witnessed the magic of CHOC. 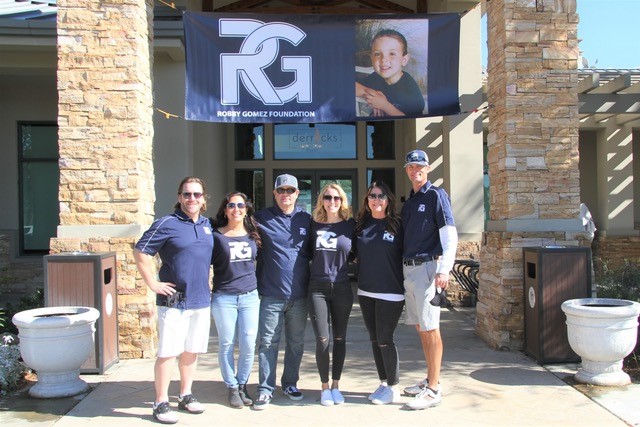 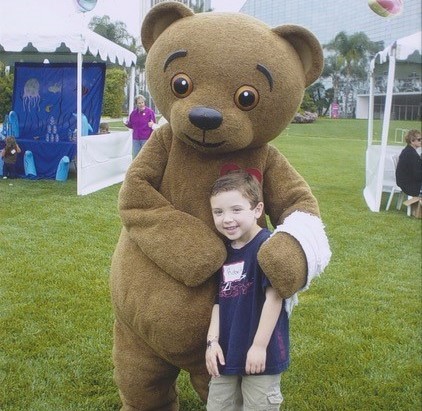 Robby touched so many lives in five short years and we are beyond grateful for the ability to share him with you and continue to say his name. Our story is one of many. We share in the pain, grief and hope of many families that have lost a child. It’s a lifelong journey. At the end of the day, it’s Robby’s spirit that continues to pull together a community to celebrate his life and inspire others to give back to a hospital that helps so many children. CHOC was there for us and we are forever grateful for the five years they gave us with Robby.
- The Gomez Family: Julie, Marty, Emily and Matthew