CHOC Adventure in the Park 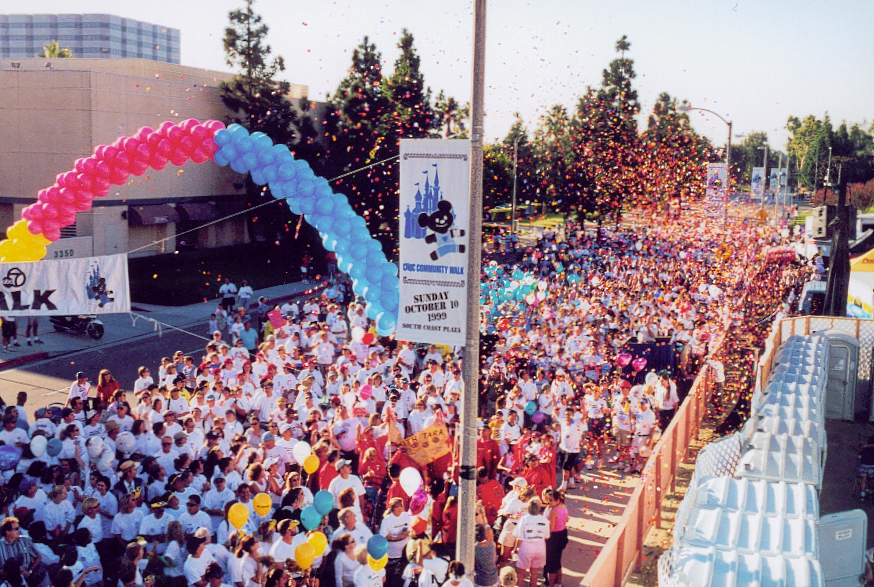 TIMELINE: 30 Years of Walking for Kids

November 10, 1990, was an important day for CHOC. On this milestone date patients and staff moved through tunnels and halls, beginning the process of transitioning from their original building (constructed in 1964 through the efforts of local civic leaders and philanthropists, including Walt Disney) to a new patient care tower. While this was happening, nearly 1,000 community members walked past the new hospital for the inaugural CHOC/Disneyland® Community Walk.

The first CHOC Walk stretched over five miles, starting at Main Place Mall in Santa Ana, past CHOC and through neighborhoods to the Disneyland® Park parking lot. By its third year, the event had outgrown its route and moved to South Coast Plaza in Costa Mesa for the next nine years.

In 2002, the fundraising event returned to “The Happiest Place on Earth” and was transformed into “CHOC Walk in the Park,” presented by the Disneyland® Resort. In this all-new incarnation walkers had the unique opportunity to stroll a 5K route through Disneyland® Park, Disney's California Adventure® Park and the Downtown Disney® District, experiencing early morning magic long before each area opened to the public.

It was the first event of its kind to take place at the Disneyland® Resort and this new venue proved a huge success for CHOC. The inaugural walk was the biggest fundraising milestone for the event in its history up-to-that date, raising more than $550,000 for CHOC.

“CHOC Walk in the Park,” presented by Disneyland® Resort, continued to enjoy annual growth and in 2004, it became CHOC’s first-ever million-dollar event. Today the popular fundraising effort remains a favorite destination event among Southern California residents (and beyond). 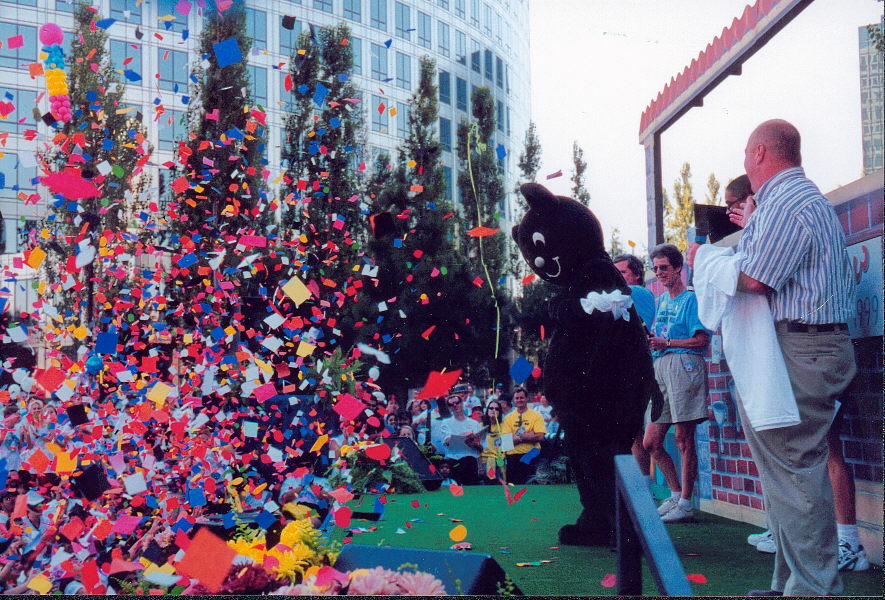 Over its 30-year history, the event has raised more than $39 million for Orange County’s only pediatric healthcare system. The event also has the distinction of being the largest and most unique pediatric fundraiser in the nation. This year's 30th-anniversary event will be reimagined to continue it's storied legacy and renamed - the CHOC Adventure in the Park presented by Disneyland® Resort.

2022 event and registration information is available now at www.chocwalk.org, and real-time event information can also be found on our Facebook and Twitter.

About CHOC: CHOC, a pediatric healthcare system based in Orange County, California, is committed to being a leading destination for children’s health by providing exceptional and innovative care. CHOC's growing community includes two state-of-the-art hospitals in Orange and Mission Viejo and a regional network of primary and specialty care clinics serving children and families in four counties.  CHOC offers several clinical programs of excellence providing the highest levels of care for the most serious pediatric illnesses and injuries, physical and mental.  CHOC's research and innovation institutes are focused on translating real patient needs into real-world treatments so every child can live the heathiest and happiest life possible.